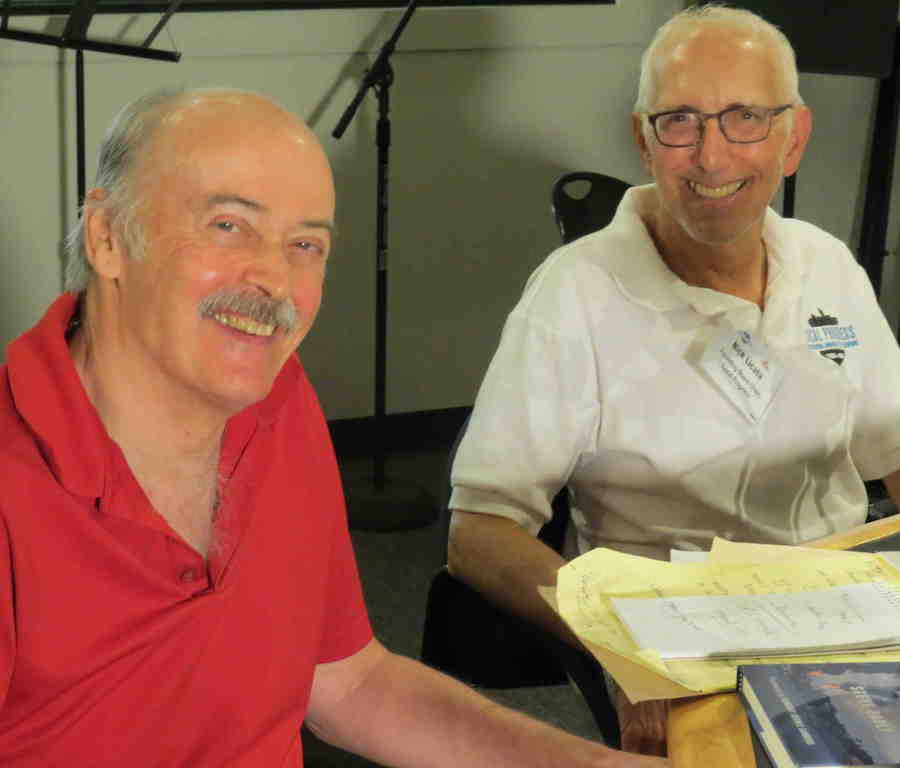 Steve Early and Nick Licata are Thorne Dreyer's guests on Rag Radio. Their topic: "Rebel Cities in the Era of Trump." Early's latest book is Refinery Town: Big Oil, Big Money, and the Remaking of an American City. With a foreword by Bernie Sanders, the book describes the unusual electoral success of a multi-racial municipal reform movement in Richmond, California. Nick Licata, who served five terms as a progressive city councilor in Seattle, wrote Becoming a Citizen Activist: Stories, Strategies & Advice for Changing Our World, a book that offers strategies for taking Sanders' revolution to the local level" Early and Licata wete in Austin to attend a July 27-29 conference of Local Progress, a national network of progressive elected local officials from around the country. Steve Early has been active as a labor journalist, lawyer, organizer, or union representative since 1972. For 27 years, Early was a staff member of the Communications Workers of America. His freelance journalism has appeared in numerous mainstream and progressive publications ranging from The Nation and Monthly Review to the Washington Post and the Guardian. He is also the author of Embedded With Organized Labor: Journalistic Reflections on the Class War at Home; The Civil Wars in U.S. Labor: Birth of a New Workers' Movement or Death Throes of the Old; and Save Our Unions: Dispatches from a Movement in Distress. Nick Licata, who is from a working class family, led the local chapter of Students for a Democratic Society (SDS) at Bowling Green State University where he was student body president. A serious underdog, Licata became a Seattle City Councilmember and was elected to five terms, being named by The Nation as Progressive Municipal Official of the Year, and was twice named Best Local Politician by the Seattle Weekly. His accomplishments included paid sick leave and a minimum $15 an hour wage for all employees in the city, a city-wide registration and inspection program for all rental units, required registration for all city council lobbyists, and funding for cultural facilities, and he initiated the city's Civic Poet program. Please read Steve Early's review of Nick Licata's Becoming a Citizen Activist, on The Rag Blog. Photo of Steve Early, left, and Nick Licota by Roger Baker at the KOOP studios in Austin, July 28, 2017. Rag Radio is produced in the studios of KOOP 91.7-FM, an all-volunteer, cooperatively-run, solar-powered community radio station in Austin, Texas, in association with The Rag Blog and the New Journalism Project, a Texas 501(c)(3) nonprofit. The host and producer of Rag Radio, Thorne Dreyer, is a prominent Austin-based activist and writer who was a pioneer of the ’60s underground press movement. The show’s engineer and co-producer is Tracey Schulz and the staff photographer is Roger Baker. The syndicated show is broadcast (and streamed) live Fridays, 2-3 p.m. (Central) on  KOOP, and is later  rebroadcast and streamed on WFTE-FM in Mt. Cobb and Scranton, PA., on Houston Pacifica's KPFT HD-3 90.1, and by KKRN, 88.5-FM  in Round Mountain, CA -- and as a featured podcast at Veterans Today Live.